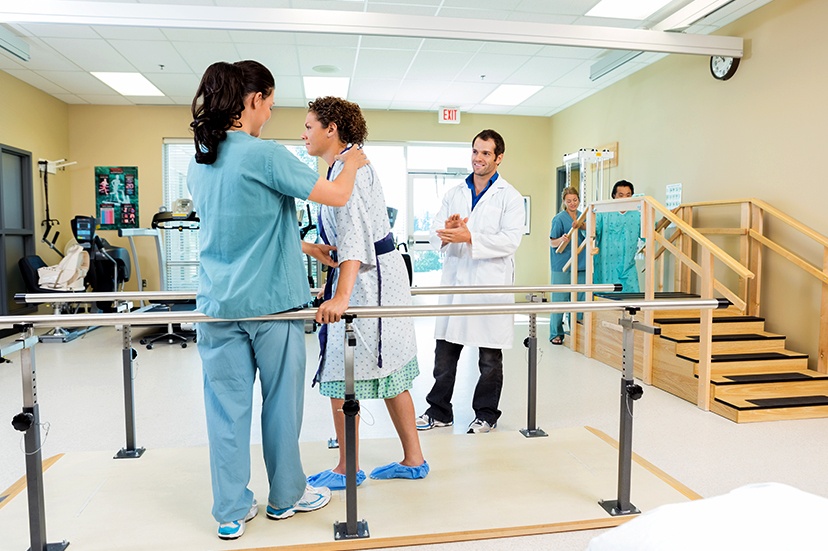 You’ve likely heard of physical therapy and its purpose—utilizing rehabilitative modalities to help patients heal from or prevent an injury, improve balance and posture, increase muscle strength and mobility, as well as decrease pain in their joints. There are several fascinating tidbits about this health profession and its history that many may be unaware of.

1. Physical therapy began in the United States as a result of World War I and the poliomyelitis epidemic of the 20th century.

According to The Profession of Physical Therapy, published by education technology and professional training organization Jones & Bartlett Learning, LLC: “In the United States, physical therapy had its beginnings between 1914 and 1919, in a time known as the Reconstruction Era.” World War I and the poliomyelitis epidemics “brought a degree of disease and disability to U.S. society,” which otherwise did not exist before.

Before World War I, Americans believed disabilities were “irreversible,” and therefore, medical attention was unwarranted. However, as the “Great War” started, and the first major U.S. outbreak of poliomyelitis commenced in 1916—also simply referred to as polio—these opinions slowly evolved.

In August 1917, just a few months after World War I began, the Division of Special Hospitals and Physical Reconstruction was created, the purpose being “to give soldiers who were disabled ‘reconstruction therapy.’” This division was made up of orthopedists and 1,200 reconstruction aides—the latter group all young, unmarried women between 25 and 40 years of age. The rehabilitative therapies these physicians and aides utilized, including exercise programs, massages and hydrotherapy, “enabled soldiers to return either to combat or to their civilian prewar lives.”

2. The first association for physical therapists was established in 1921.

The APTA notes on its official website that there was “an executive committee of elected officers who governed the association, which included 274 charter members” in the very beginning. As reflected in its name, the association was initially compiled only of women. However, a year after its establishment, this changed to the American Physiotherapy Association and men were subsequently allowed to join. During the 1930s, specifically, membership would expand significantly and reach about 1,000 people.

“By the late 1940s, the association had changed its name to the American Physical Therapy Association, hired a full-time staff, and opened its first office in New York City,” the group continues. Membership continued to grow, reaching just under 15,000 in the 1960s. The number of educational programs also increased.

Today, the association is comprised of 95,000 members, and headquartered in Alexandria, Va.

3. One in two American adults has a musculoskeletal condition, oftentimes treated or managed with the help of physical therapy.

A report published in March 2016 by news source Science Daily states: “An estimated 126.6 million Americans (one in two adults) are affected by a musculoskeletal condition--comparable to the total percentage of Americans living with a chronic lung or heart condition--costing an estimated $213 billion in annual treatment, care and lost wages, according to a new report issued today by the United States Bone and Joint Initiative (USBJI).”

Among the various musculoskeletal disorders, the most common, according to this report, include:

There are several therapies that could aid in managing a musculoskeletal condition, one of which is physical therapy. This may contribute to the growing demand for physical therapists in the United States, which brings us to our next interesting fact.

The U.S. Bureau of Labor Statistics predicts significant growth in the physical therapy field in the coming years. In fact, employment opportunities are expected to increase at a faster-than-average rate—28 percent—from 2016 to 2026.

As the agency explains, this rise in demand for physical therapists “will come from the aging baby boomers, who are not only staying active later in life, but are more susceptible to health conditions, such as strokes, that may require physical therapy.”

“In addition, physical therapists will be needed to treat people with mobility issues stemming from chronic conditions, such as diabetes or obesity,” the agency says.

5. Physical therapists require a Doctor of Physical Therapy (DPT) degree and a state license to practice.

The U.S. Bureau of Labor Statistics also breaks down the qualifications needed to become a physical therapist, stating: “DPT programs typically last 3 years. Many programs require a bachelor’s degree for admission as well as specific educational prerequisites, such as classes in anatomy, physiology, biology, chemistry, and physics.”

Some programs admit college freshmen into 6- or 7-year programs that enable students to graduate with both a bachelor’s degree and a DPT,” says the agency. DPT degree graduates are required to undergo a year-long clinical residency program.

Furthermore, state licenses are also required. Each state establishes its own set of mandates, though some overlap. For example, passing the National Physical Therapy Examination is a universal stipulation—a test administered by the Federation of State Boards of Physical Therapy.

6. Physical therapy possesses many benefits, among these that it could help patients avoid surgery.

Physical therapy is a component of many patients’ post-surgery recovery plans, specifically those having to do with spine and/or joint issues or injuries. For instance, those who undergo hip replacement or ankle surgery due to a sports injury are expected to receive physical therapy afterwards to ensure they heal properly. In fact, many patients begin treatment the day after surgery, while still in the hospital.

However, physical therapy, in some cases, could actually keep people from having to go under the knife.

Academic medical journal Annals of Internal Medicine published a study in April 2015, the results suggesting physical therapy could help some people with lumbar spinal stenosis (LSS)—a type of lower back pain caused by the narrowing of the spine—avoid surgery.

The study, which took place from November 2000 to September 2007 and included 169 male and female participants, concluded: “Surgical decompression yielded similar effects to a PT [physical therapy] regimen among patients with LSS who were surgical candidates.”

As aforementioned, athletes who’ve suffered an injury—a broken ankle, dislocated shoulder, etc.—will likely go to physical therapy as a part of the healing process. The licensed physical therapist will create a treatment plan, recommend specific exercises depending on the affected area and severity of the injury, and suggest performing additional exercises in between sessions.

Still, athletes who haven’t necessarily been affected by an injury may still opt to receive physical therapy, as it could help improve their overall athletic performance. Remember, physical therapy focuses on strengthening muscles and joints, improving coordination, increasing flexibility and range of motion, and reducing any discomfort or inflammation present. With the help of a physical therapist, patients will utilize the most effective exercises and practices to restore their optimal potential as a professional, student or recreational athlete. This could also help prevent potential injuries from occurring in the future.

8. It’s not just athletes who undergo physical therapy—many people, specifically with desk jobs, do, too.

According to statistics calculated by a 2012 APTA survey, lower back pain is a common issue among American adults—both men and women. This can be positively affected by physical therapy, however.

Contrary to popular belief, the majority of the participants reporting low back pain weren't on their feet all day, either.

“Low back pain isn't just for those who spend a lot of time on their feet," it states. "In fact, more than half (54 percent) of Americans who experience low back pain spend the majority of their workday sitting.”

Although most low back pain isn’t “serious,” consulting with a physical therapist helps identify the causes of the discomfort and begin the healing process, sooner.

“Therapists who specialize in pediatric physical therapy are trained to diagnose, treat and manage a variety of developmental, neuromuscular, congenital, skeletal, and acquired diseases and disorders in infants, children and adolescents,” explains Disabled-World.com, an independent health and disability news source. “They focus on improving the person's balance and coordination, gross and fine motor skills, strength, endurance, as well as their cognitive and sensory processing and integration.”

The Northport Wellness Center offers physical therapy services to individuals of all ages and conditions. To learn more about what we can do for you, Contact Us today. 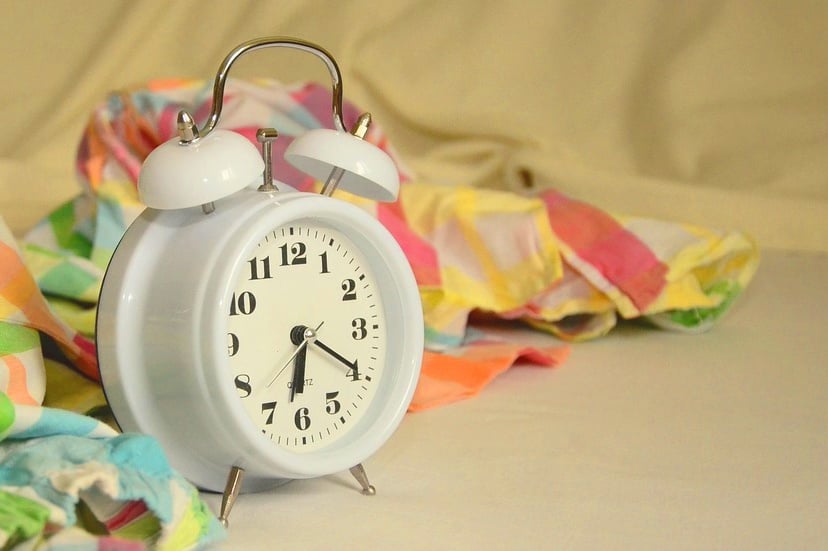